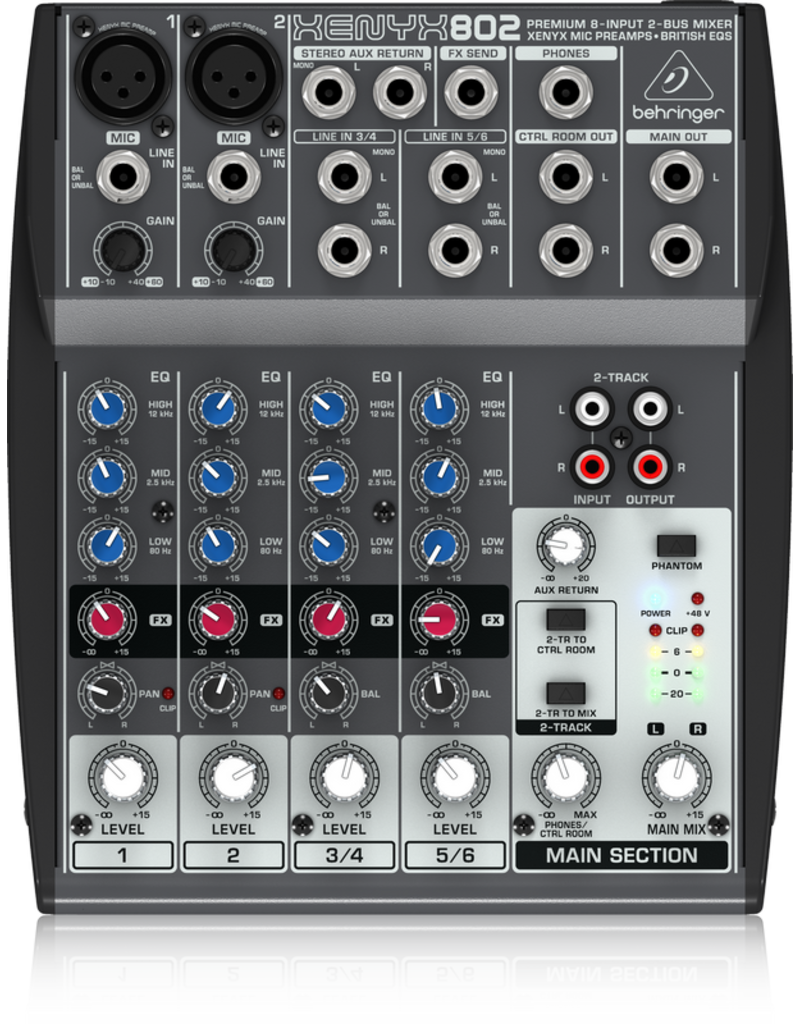 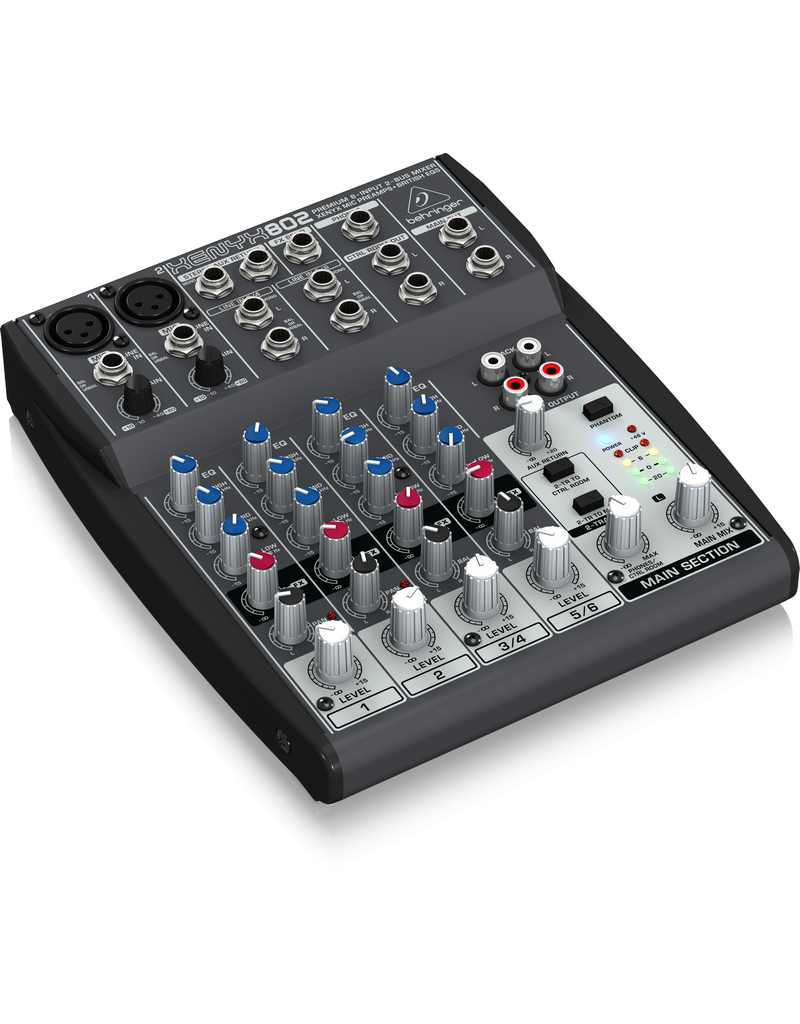 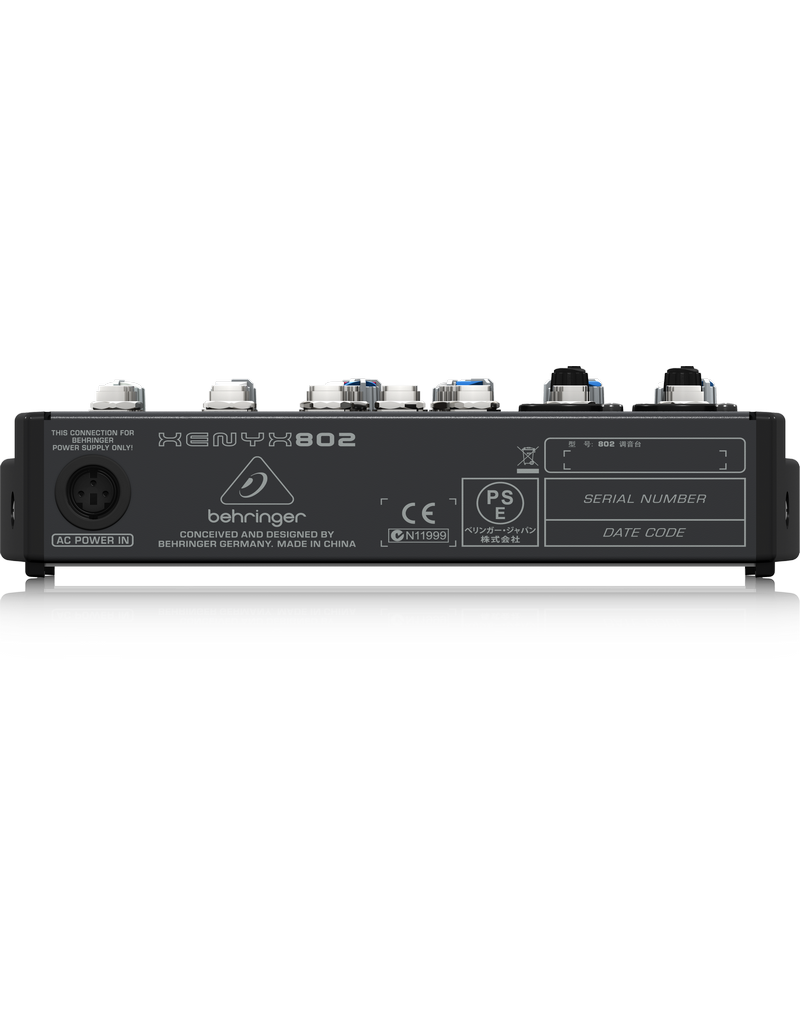 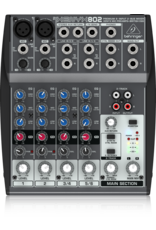 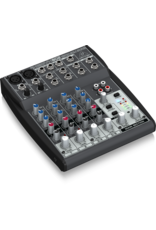 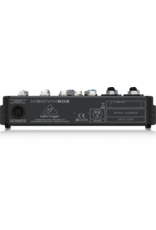 Got a solo gig at the local coffee shop? Need to make a quick public announcement? Simple sound calls for the simply superb XENYX 802, the BEHRINGER mixer with everything you need to give an intimate setting incredible sound. The ultra-compact XENYX 802 mixer’s 8 Inputs (2 mic, 2 stereo + Aux Returns) allow you to effortlessly achieve premium-quality sound, thanks to the 2 studiograde, phantom-powered XENYX Mic Preamps and ultra-musical “British” channel EQ.

All XENYX mixers have one thing in common – great-sounding, high headroom XENYX mic preamps. These state-of-the-art mic pres represent a major step in the evolution of audio technology – and they can easily hold their own, even when compared to the most expensive stand-alone mic preamps. XENYX preamps offer a staggering 130 dB of dynamic range, with a bandwidth that extends from below 10 Hz to well above 200 kHz. Armed with these outstanding mic preamps, XENYX mixers provide such transparent, crystal-clear performance you just might think someone upgraded your mics while you weren’t looking.

The British consoles of the 1960s and ‘70s changed the sound of rock and roll – without them the British Invasion might not have happened. Those legendary mixing desks soon became the envy of engineers and producers all over the world. The channel EQ on our XENYX mixers is based on that very same circuitry, allowing you to imbue signals with incredible warmth and detailed musical character. Even when applied generously, these equalizers exhibit sweet forgiveness and superb audio quality.

The 8-input, 2-bus XENYX 802 has two XENYX mic preamps with +48 V phantom power, making it possible to use 2 dynamic or condenser microphones. The 3-band British EQ is lauded throughout the sound engineering world for its warm, musical sound. You can use the XENYX 802’s Effects Send and Return jacks for connecting to external effects, and the built-in RCA CD/Tape Inputs (main mix or control room/phones assignable) and Outputs let you play music between sets, and record your performance to outboard recording gear, respectively.