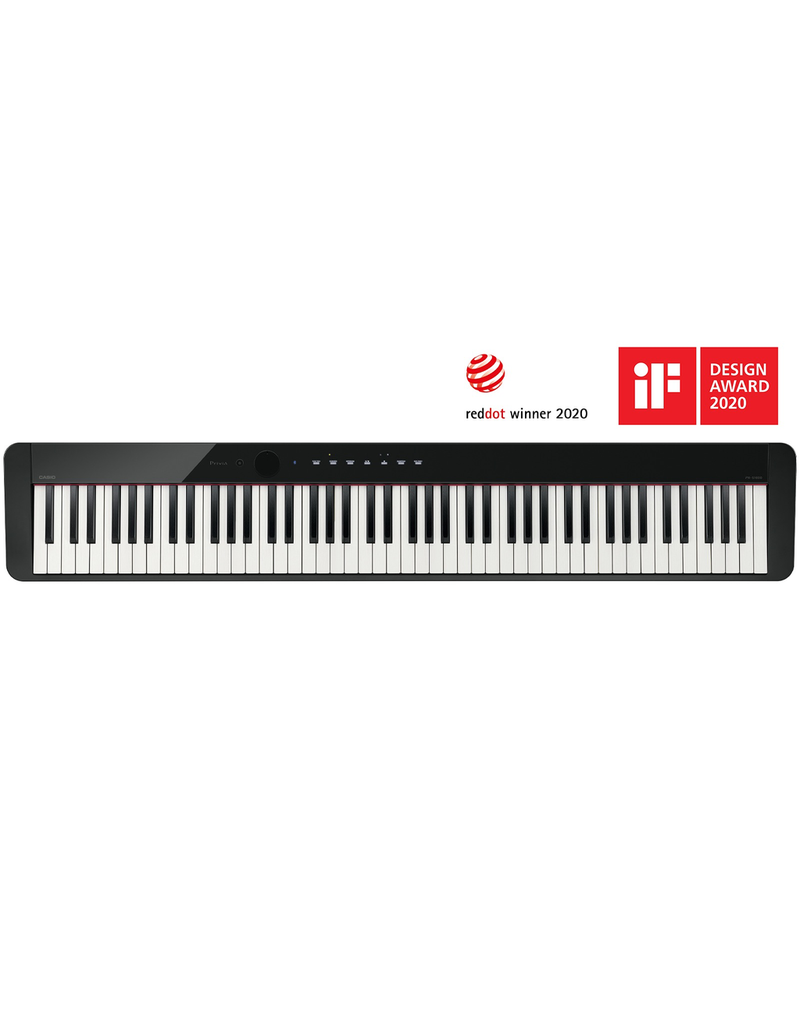 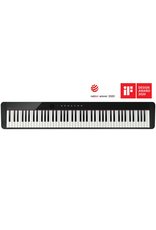 Making the most of Casio’s compact construction technologies, the new Privia is significantly slimmer (20% slimmer depth than the previous model). The wedge-shaped case side highlight the slim design.

Connect via Bluetooth® to your devices

With Bluetooth audio, you can listen to music stored on your smart device through your Privia’s speakers and play along with your favorite songs. You can also apply a surround effect, making playback feel more like a live performance.

Acoustic Simulator expresses the real sound of a grand piano

Sympathetic string resonance exposes the harmonic relationships between vibrating strings, while damper resonance simulates the string release when the damper pedal is depressed. You’ll even hear mechanical key sounds when playing with an exceptionally light touch or by removing a finger from a key, just like playing a real grand piano.

The new Privia delivers a significant reduction in the size of the action mechanism that simulates the weight of the hammers in a grand piano. In a slim body just 232mm deep, the keyboard offers a natural touch reminiscent of grand piano in an amazingly compact form.

The note off timing is digitally controlled based on the movement of the keys during release. When hitting the same tone repeatedly, the next note can be produced before the key returns to its topmost position.

Simulated ebony and ivory keys inhibit finger slippage due to sweat and produce the sensation of a comfortable fingertip fit that lasts even through extended sessions.