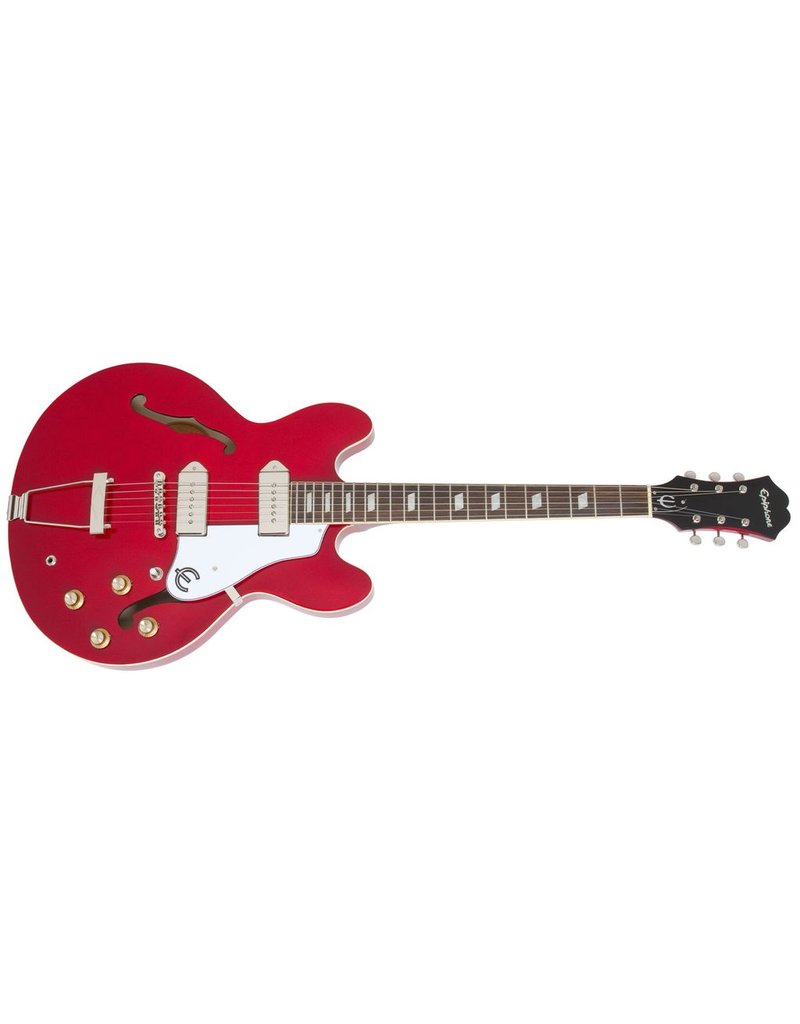 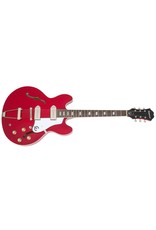 When it was first introduced in 1961, the Casino was just one of several new thinline archtops designed and produced at the company’s adopted new factory in Kalamazoo, Michigan that it shared with one-time competitor and new partner, Gibson. With the merger came a flurry of new models—many, like the Riviera, Sheraton, and Texan, that are still made today. But just a few years after its introduction, the Casino would arguably become the most world’s most recognized electric guitar in the world and a symbol of the new “British Invasion” of musical acts that took over the pop music airwaves in 1964. The Casino was first adopted by Keith Richards of The Rolling Stones who used a Casino to record the demo for “Satisfaction” at Chess Records in Chicago. Howling Wolf took a Casino on his first tour of the UK, appearing on Thank Your Lucky Stars with the Stones. Shortly afterwards, John Lennon and George Harrison bought Casinos for the Beatles 1966 world tour. Behind the scenes, Paul McCartney had also purchased a Casino (along with an Epiphone Texan) which he still tours with today. The Casino would eventually be a featured instrument on every Beatles album for the remainder of their career. And today, the Casino is still the symbol of classic British rock and has powered classic hits by The Kinks, The Beach Boys, as well as Oasis, Paul Weller, U2s the Edge, Radiohead’s Thom Yorke, and Epiphone Signature artists Gary Clark Jr. and honky tonk hero Dwight Yoakam.

Since 1961, the look and sound of the Casino has gone virtually unchanged and is still made today as a fully hollowbody archtop, now with powerful new Dogear P-90T Classic pickups.

The Casino body is made from 5-ply Maple with basswood top bracing. The top, back, and fingerboard have single-ply ivory binding. The Casino is available in Natural, Vintage Sunburst, and new Turquoise color finishes. The Mahogany neck has a SlimTaper™ “D” profile and is glued to the body at the 16th fret. The neck has a 24.75” scale, a 1.68” nut, and a Pau Ferro fingerboard with Pearloid "Parallelogram" inlays. The black bound white pickguard has a 60s era silver metal E logo.