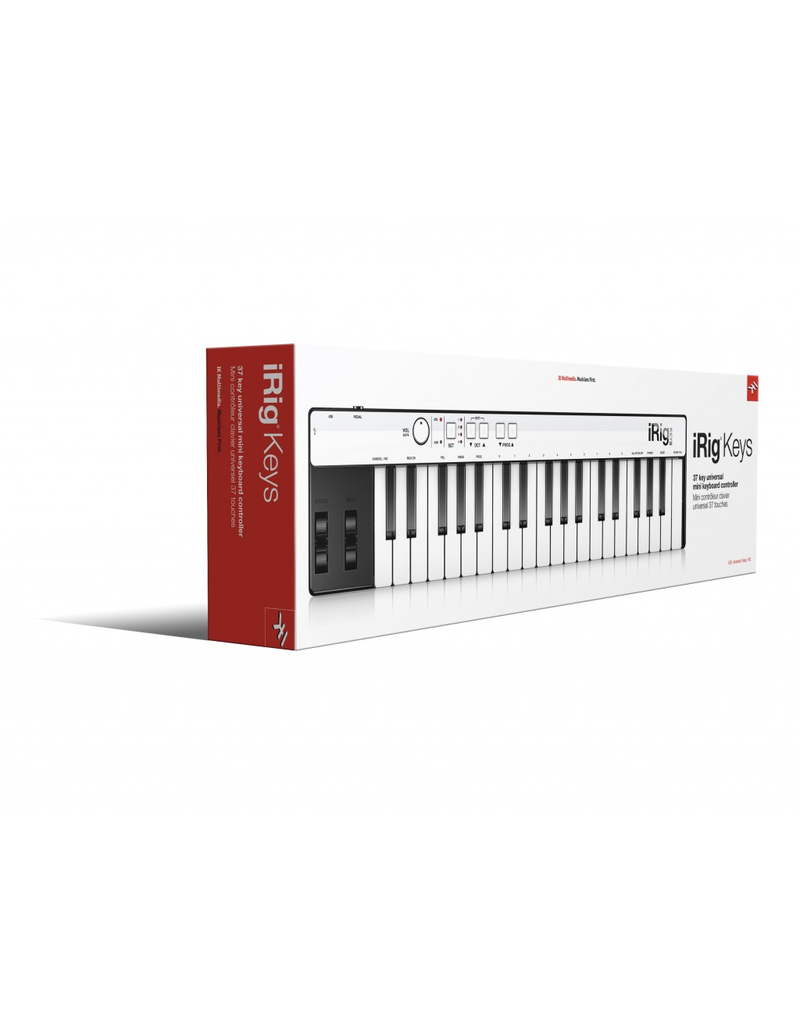 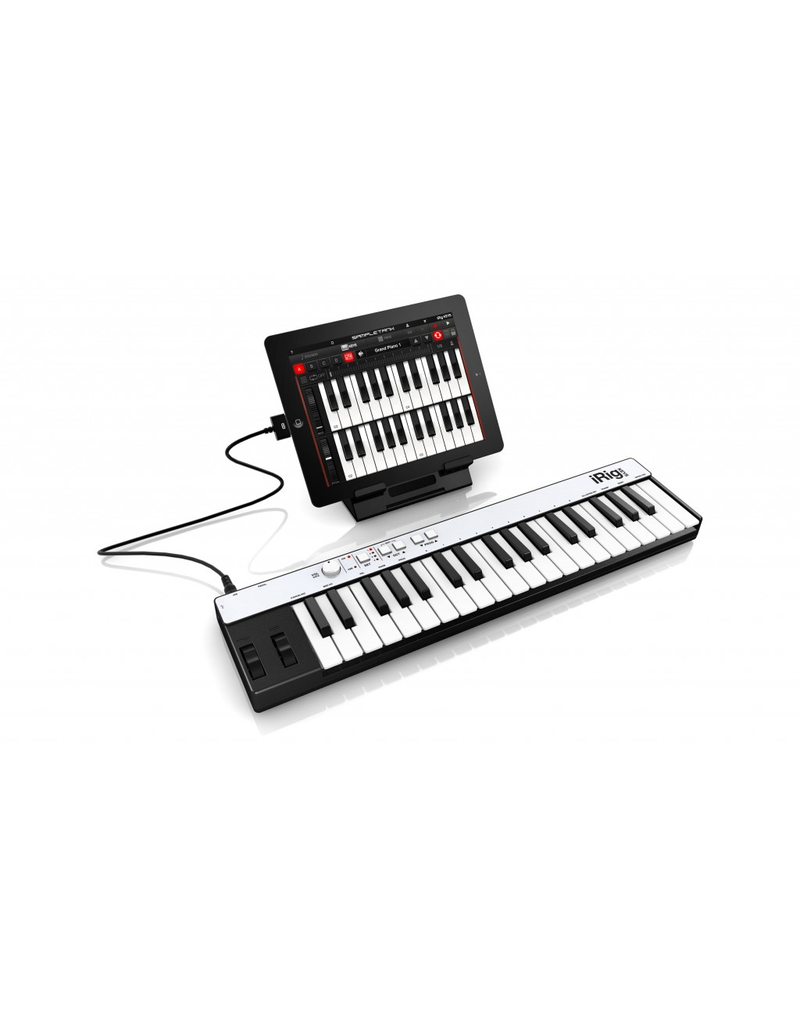 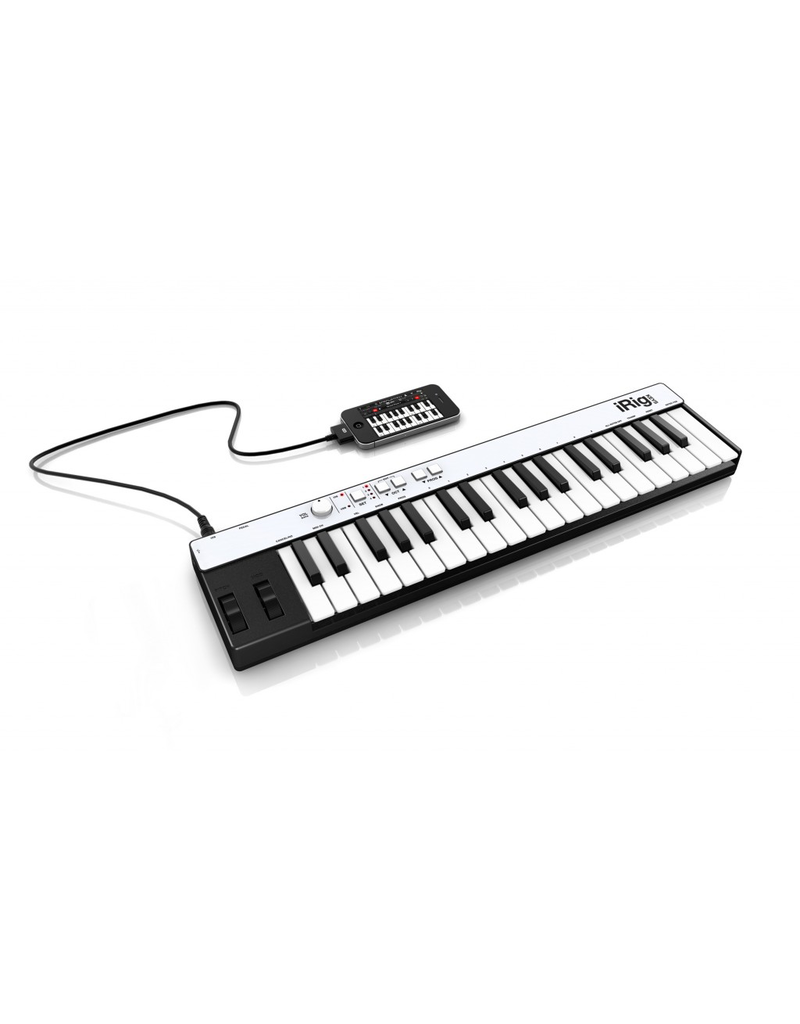 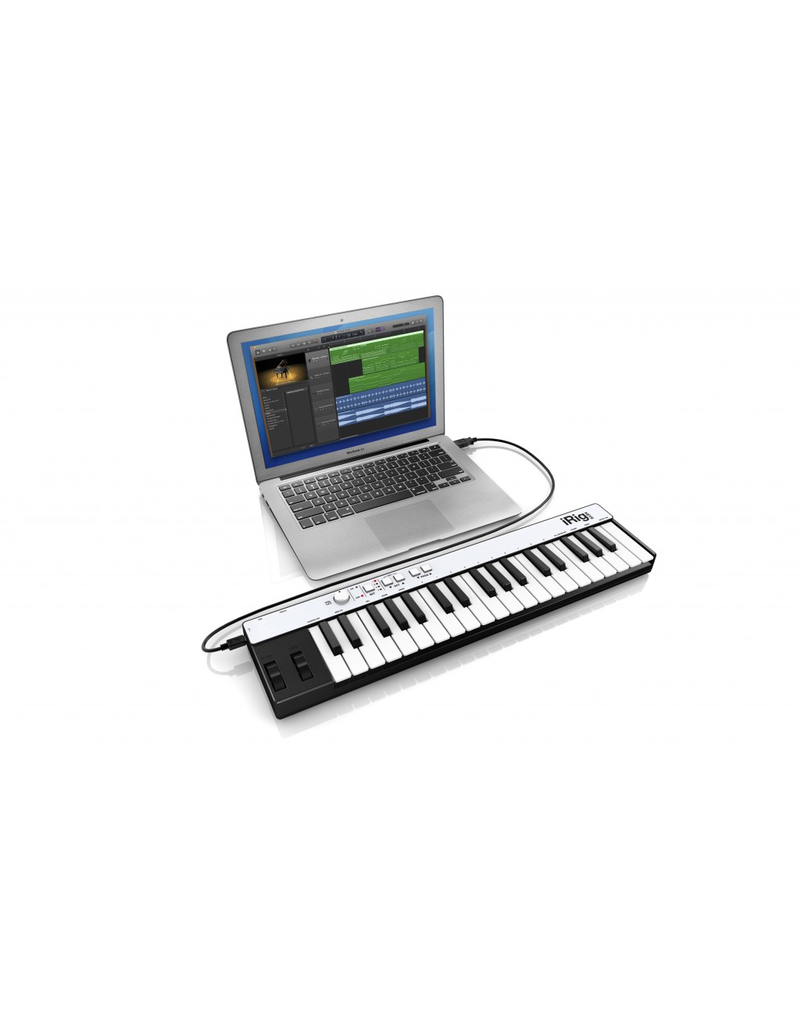 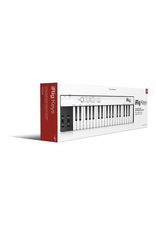 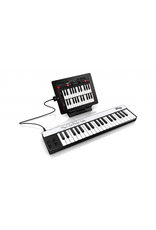 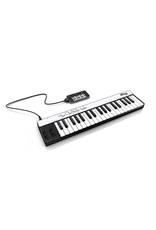 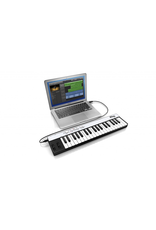 It can also connect to older iOS devices via an optional 30-pin cable.

It features 37 velocity-sensitive mini-keys — a full 3-octave range plus one note — takes up minimal space on your desktop and can easily fit in a backpack or a carry-on bag.

iRig Keys is MIDI and USB class compliant for a true plug-and-play experience both with iOS and Android devices as well as Mac/PC. No additional apps, software or drivers are necessary to get it up and running.

iRig Keys is the ultimate portable companion for keyboard players and producers. Use it any time and anywhere inspiration strikes you... simply hook it up to your device or computer and start playing.

You can use iRig Keys for live performance, for songwriting and composition with the included apps and software, or with a multitude of other MIDI-compatible instruments and recorders on iOS, Android, Mac OS X and Windows.