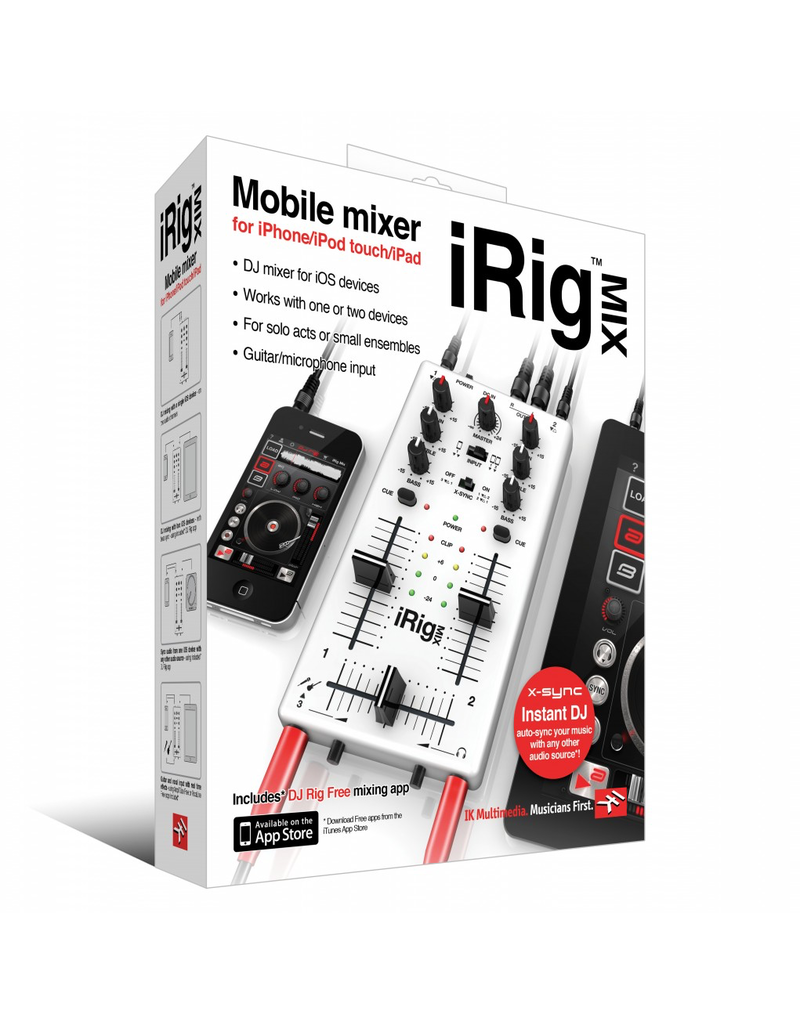 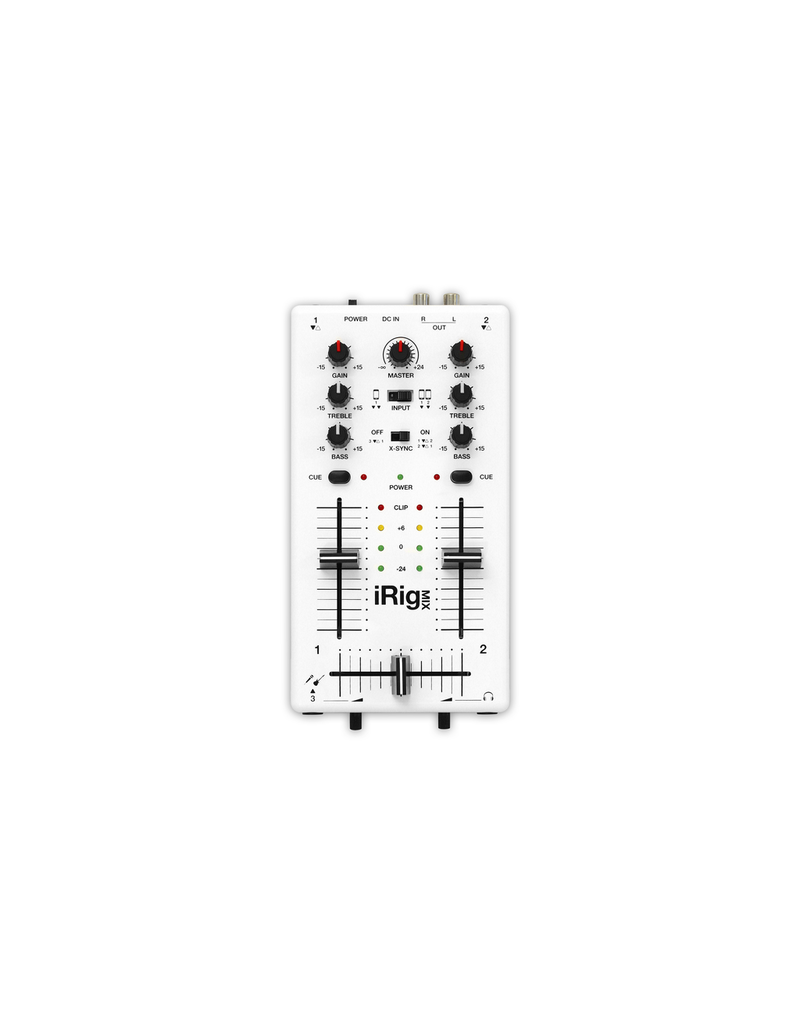 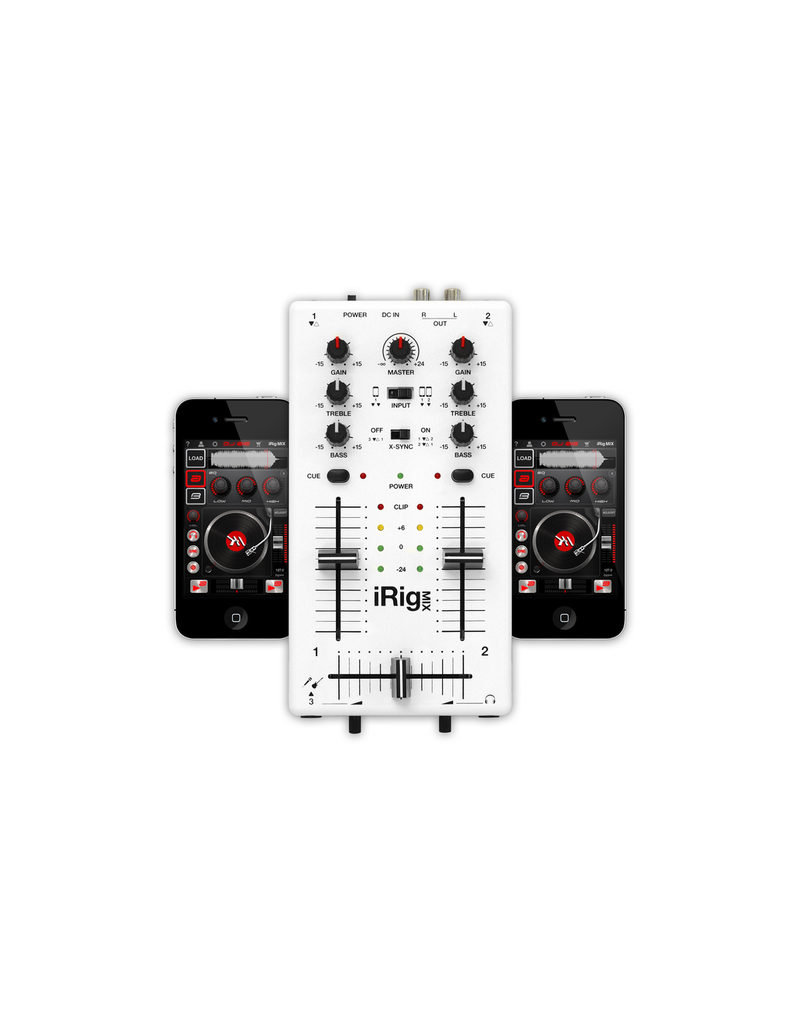 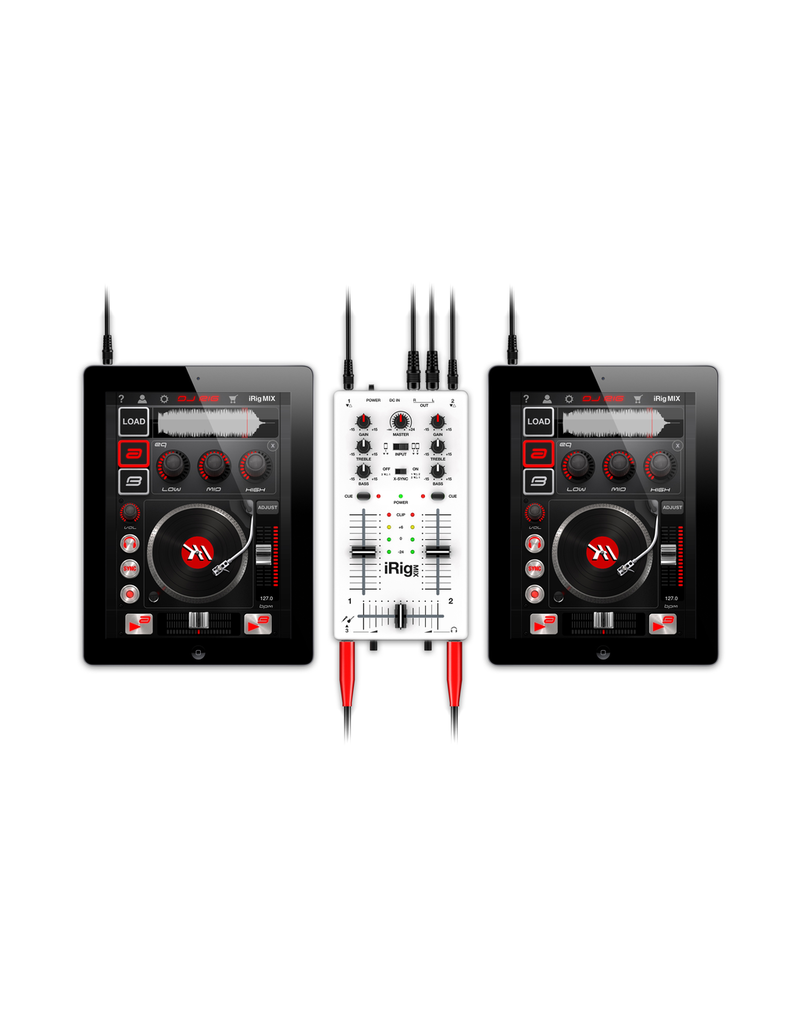 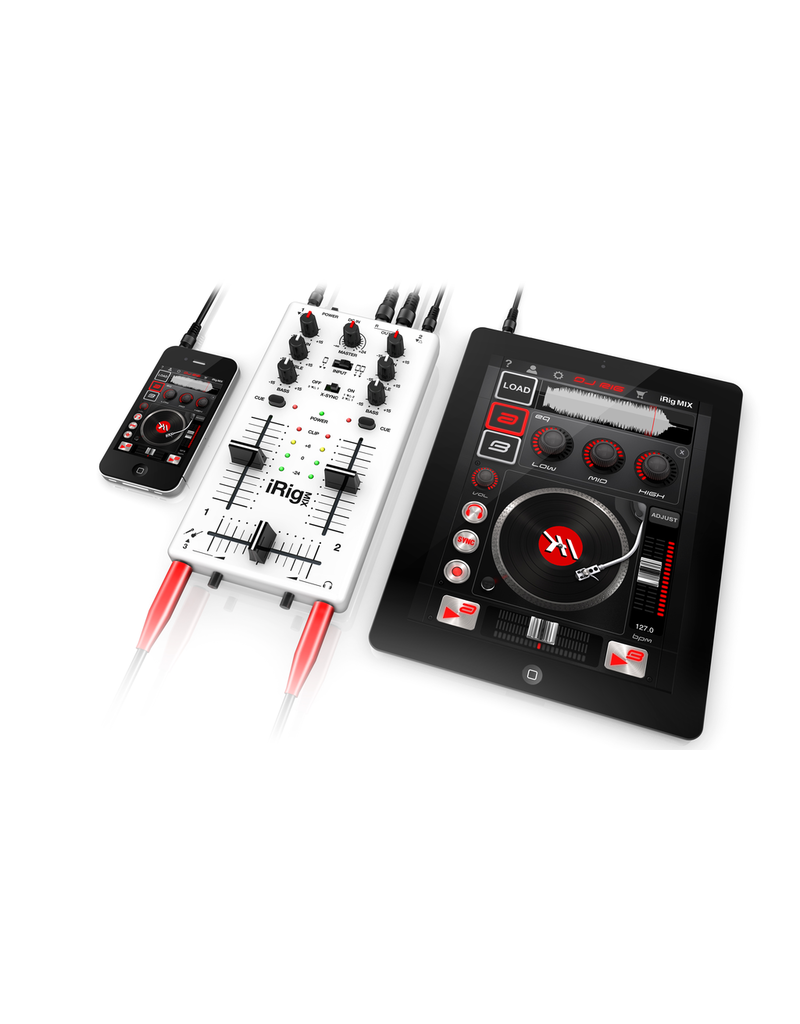 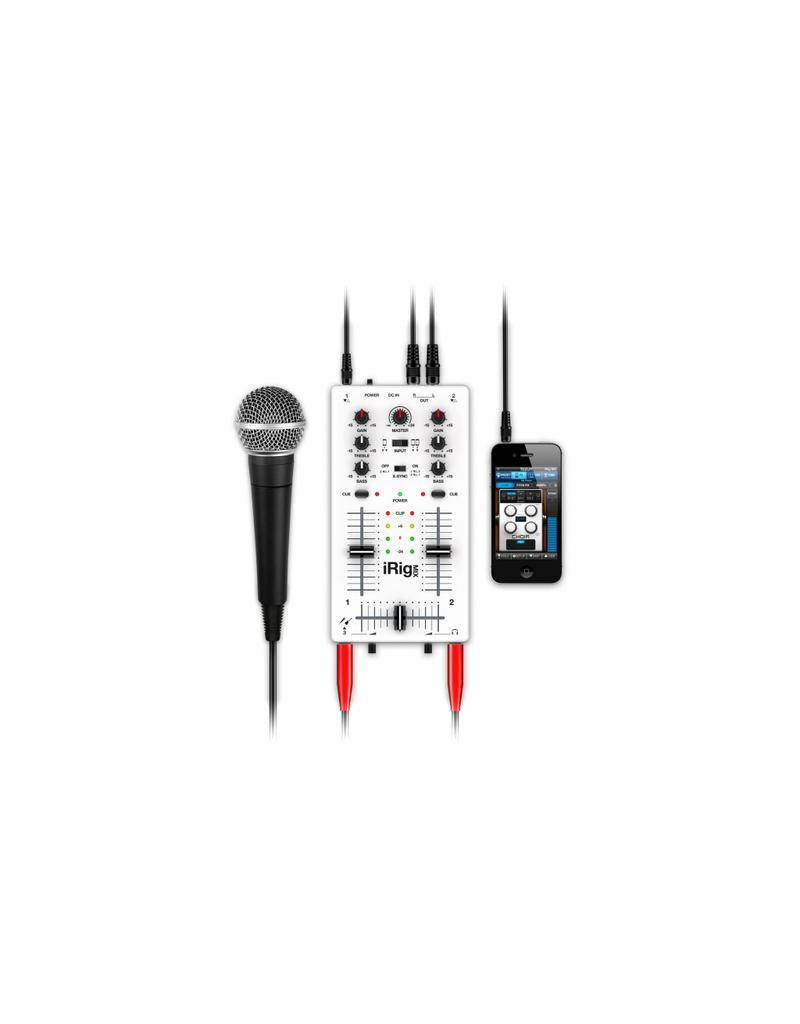 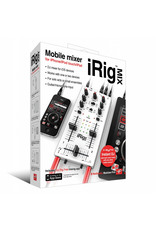 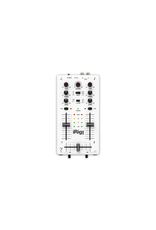 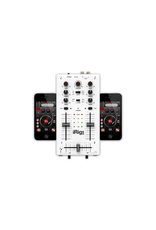 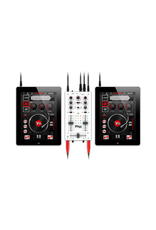 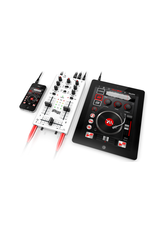 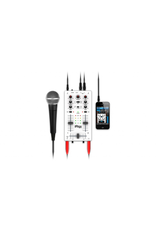 iRig™ MIX is the first mobile mixer for iPhone, iPod touch, or iPad.

iRig MIX offers the same controls you would expect from a professional DJ mixer (crossfader, cues, EQ and volume controls, etc.) in an ultra-compact mobile mixer that can be used with a huge variety of iOS DJ mixing and other apps. It is a complete DJ system for rehearsing, performing and recording. The lightweight and slim design of the iRig MIX allows it to be easily carried in a regular iPad bag. For the first time on any DJ mixer - iRig MIX can be used for mixing any type of audio source (coming from mp3 players, CD players, etc.) with an iOS device using automatic tempo matching and beat syncing. This is accomplished with X-Sync, a feature that works in combination with the DJ Rig free app from IK Multimedia that is included with iRig MIX.

iRig MIX allows DJs to use a traditional setup with two devices (one plugged into each of the independent channels) OR a single iOS device. For the single iOS device setup, the output of the single device is split into dual-mono and sent to the individual channels. This flexibility, combined with the iRig MIX's portability gives aspiring and pro DJs a compact system that can be used everywhere…anytime.