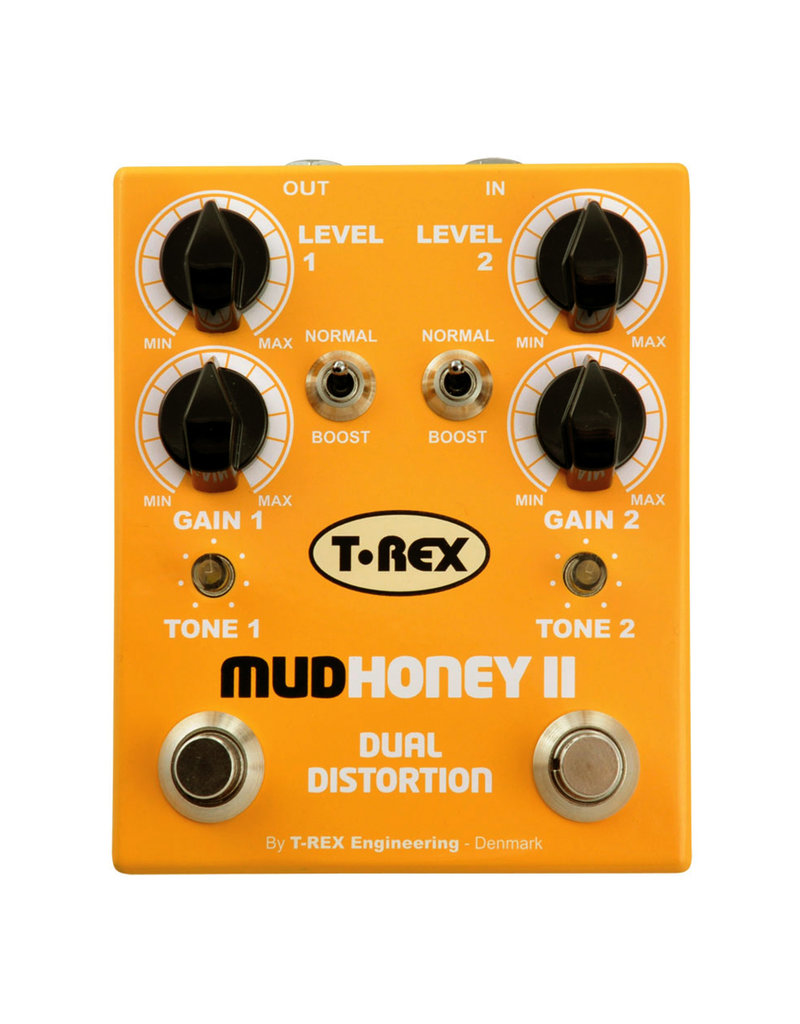 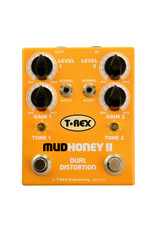 T-Rex tinkers great pedals; Having become legendary (among bluesmen), the Alberta is a modern Tubescreamer with a great sound. Those for whom the Alberta was too tame would find the Mudhoney to be just right. The Mudhoney's core sound is somewhat harder, but above all more flexible than the Alberta, being able to create countless sounds, from a soft jazz (rock) sound set to fuzzy brutal distortion. Aside from the usual controls of Gain, Level and Tone, the Boost switch ensures endless gain and sustain.

Now there is the Mudhoney II and it is a double source of joy: Everything that was good in the first model has now been doubled: Two identical channels that allow, for example, you to set a crunch and a Lead channel. Along with the pure Amp sound then you have a three-channel system - which is completely sufficient for most guitar players. Only the name is still not always right - It would not be right to call it Muddy, since it allows even chords to be clearly defined with hearty distortion.