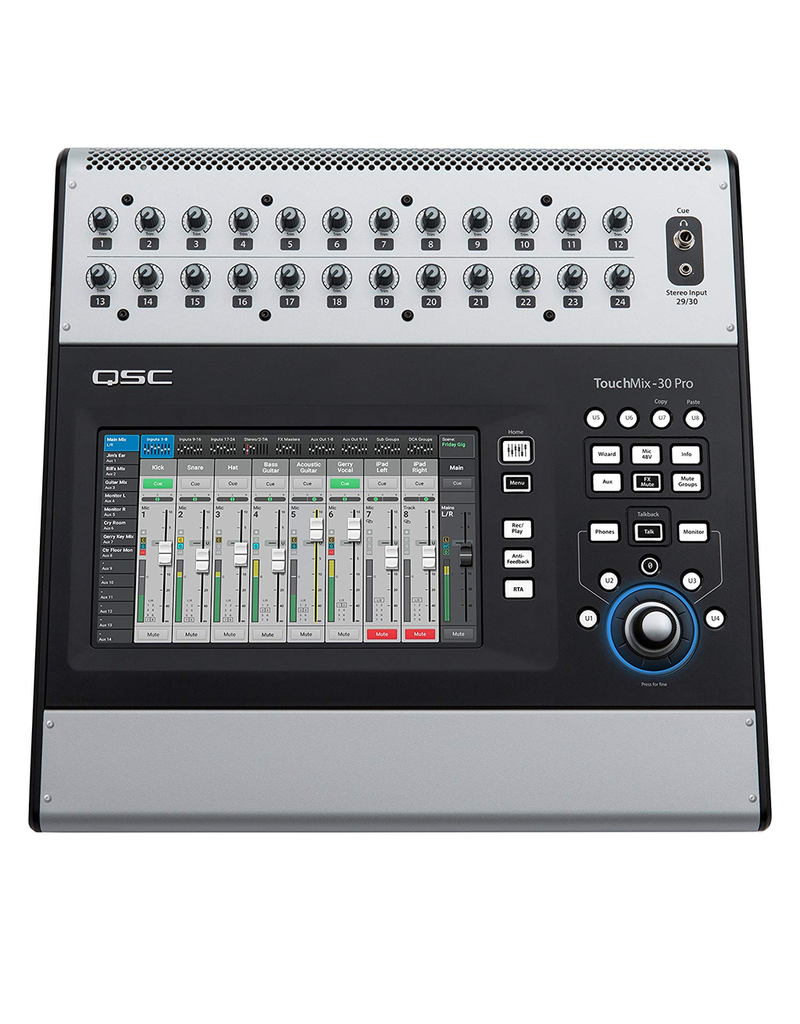 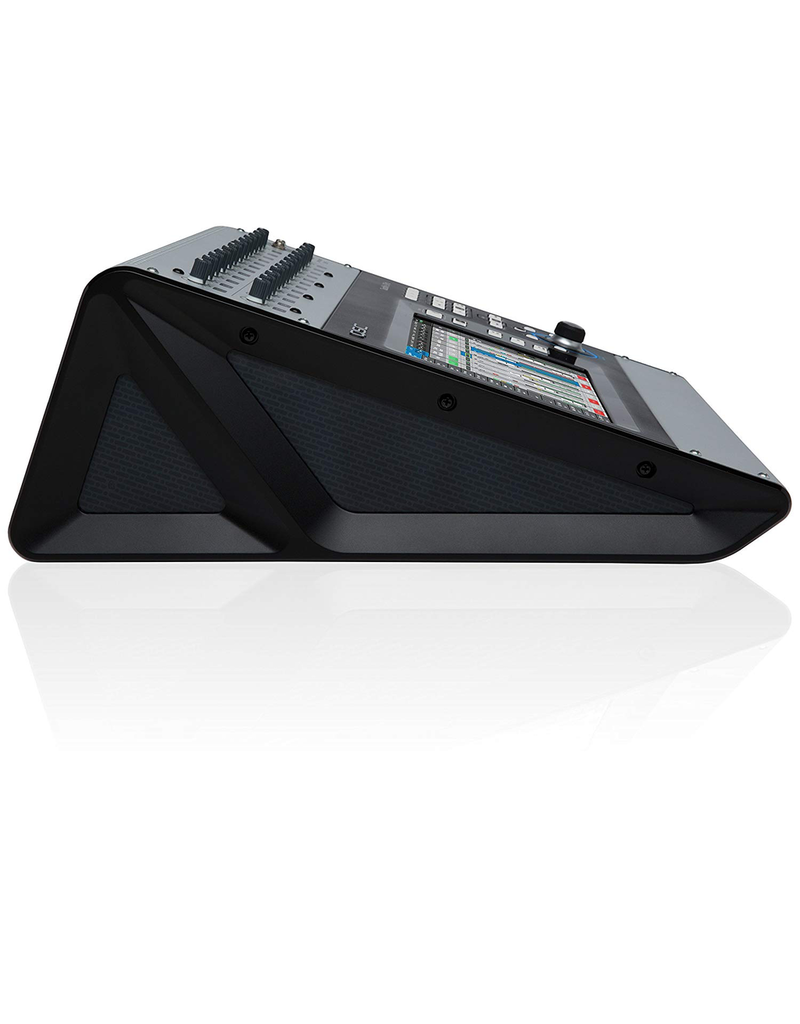 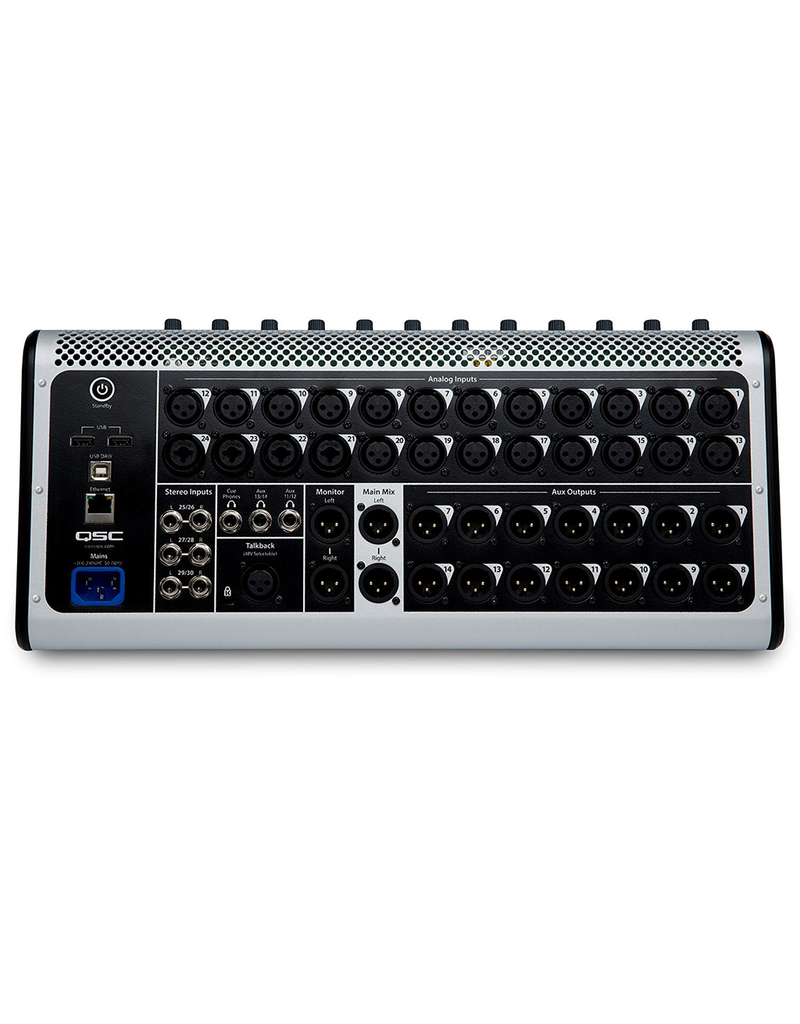 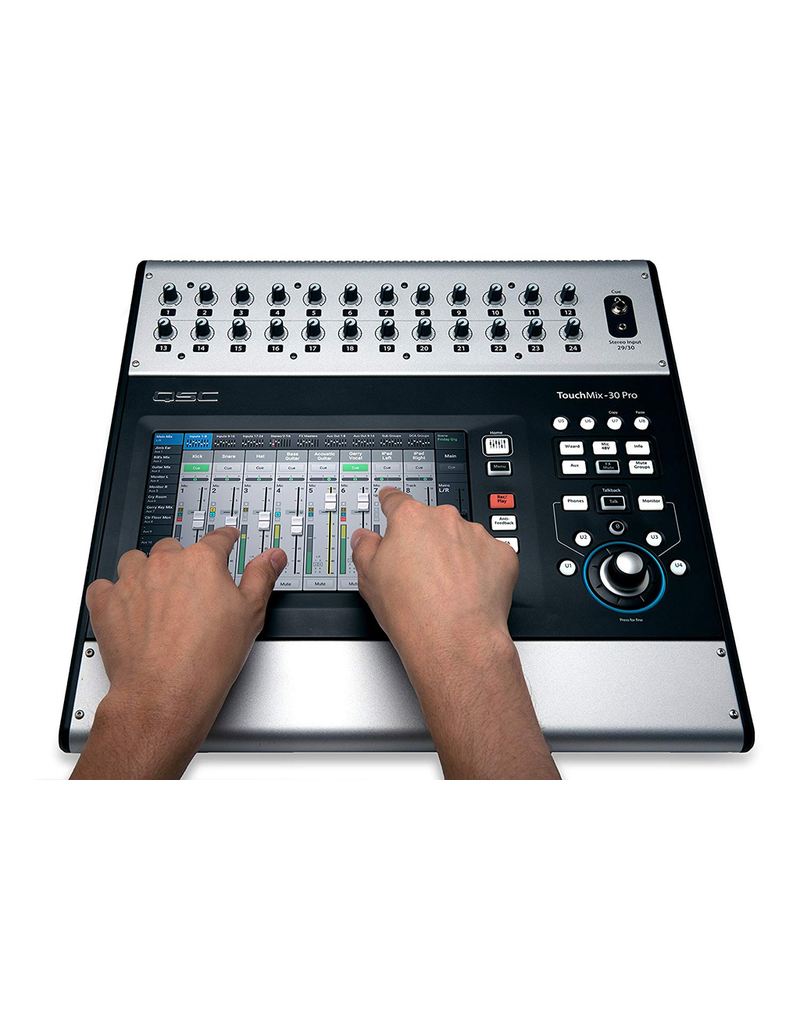 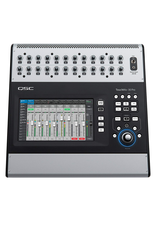 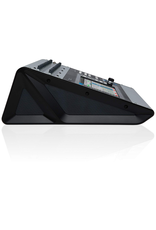 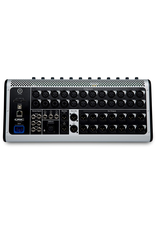 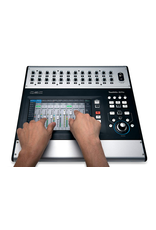 TouchMix is quite simply the most powerful, compact mixer ever created. It offers the features, capabilities and sound quality of the world's most esteemed large format consoles in a highly compact and portable package that’s small enough to be carry-on luggage. Perfect for musicians, larger bands, AV production professionals and performance venues, the TouchMix-30 Pro goes "Beyond Mixing" by offering Wizards, Presets and other beneficial tools that help seasoned audio professionals and novices alike get great results quickly and easily.

The touch-and-turn interface of TouchMix allows for tactile control over fader and mixer parameters while also providing a hardware connection to mixer functions. Mixer functions and displays are duplicated via iOS or Android devices over Wi-Fi, providing both portable, wireless connectivity as well as additional control surfaces of mixer functionality.

With firmware version 1.3, TouchMix-30 adds an Automatic Microphone Mixer. Auto Mixers are most commonly used for speech applications such as conferences, presentations or panel discussions in which there are multiple talkers and multiple microphones. An Auto Mixer will reduce feedback and minimize extraneous noise (such as paper rustling from panelists or HVAC) by allocating gain to microphone channels with active talkers while reducing the gain of unused channels. The TouchMix-30 Automatic Microphone Mixer (Auto Mixer) is a gain sharing design that is available for all 24 mic/line input channels.